Hybrid seismic surveying is the appropriate surveying method to apply for information about slope instabilities, notably about the depth of the sliding surface and for mapping the internal structures in the subsurface favouring karst dissolution and sink holes.

Example 1: Determination of the cubature of a moving mass

A house on the bank of a hydroelectric dam lake had to be jacked up twice because of the creeping mass movement:

The sinkhole collapse resulted in cracks and crevices up to 15 cm wide in all rooms of a house which had then to be demolished:

Seismic mapping of the subsurface structures after filling the dolina with gravel:
More insights are gained by the pictorial evolution history provided by the interpretation of the results of the hybrid seismic data processing.
Download high resolution version 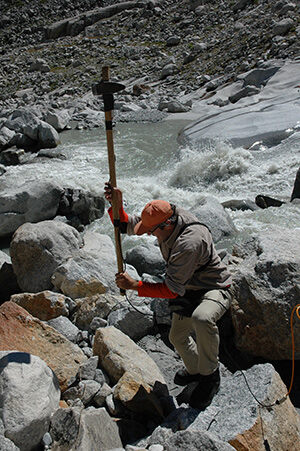