Hybrid seismic surveying is optimally suited in the development of ground water resources in stratified aquifers and for the exploration of mineral and thermal water in jointed rock aquifers.

Example 1: Prospection and protection of ground water in a stratified aquifer

Mapping of a bench gravel aquifer between impermeable slope loam clay and the Tertiary bedrock in an urban environment:


Hybrid seismic survey for verification of mandatory 5m thickness of slope loam protective cover above the bench gravel aquifer which is sandwiched between the 1000 m/s and 1500 m/s iso-velocity contour lines:

Combined hybrid seismic surveying with the geoelectric methods of ERT and IP investigations for a spa in the French Pyrenees:

Example 3: Detection of karstified and tectonized zones in a potential hydro-geothermal aquifer

Mapping structural details of a geothermal aquifer at a depth of 1200 m: 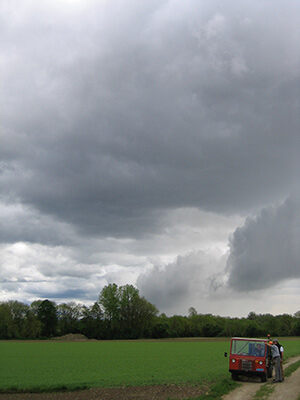