When making downhole measurements, the seismic source is positioned on the surface while the geophones are placed in a borehole. The travel times of the seismic waves between the source and the different depths of geophones provide information on the seismic velocities and thus on the hardness and type of rock.

To get more accurate velocity values, small explosive charges are placed at defined depths in a borehole and the travel time of the waves is measured by the geophones on the surface.

A technique for measuring a signal sent from a source located in a borehole, to a receiver array placed in a neighboring well (not more than 12 m). 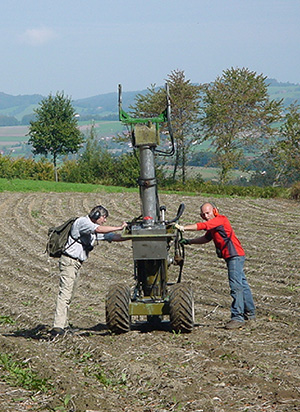